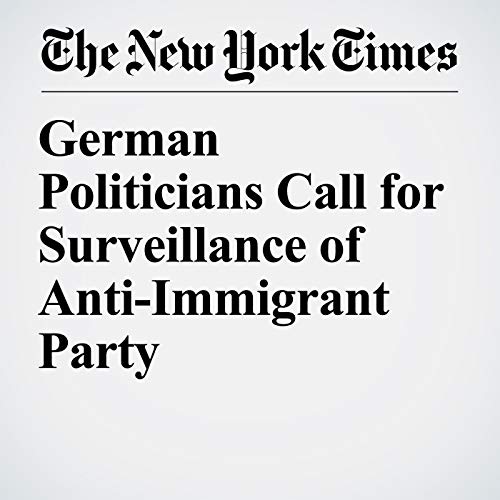 BERLIN — German politicians have called on domestic intelligence officials to place the nationalist Alternative for Germany party under surveillance on suspicion of undermining the country’s constitution, as it stokes resentments against immigrants and Chancellor Angela Merkel’s immigration policies.

"German Politicians Call for Surveillance of Anti-Immigrant Party" is from the September 03, 2018 World section of The New York Times. It was written by Melissa Eddy and narrated by Keith Sellon-Wright.