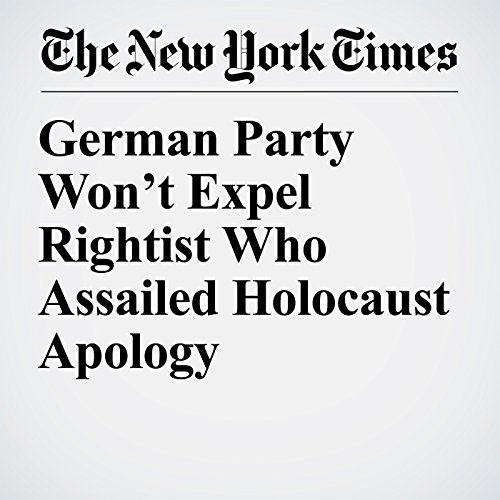 A leading member of Germany’s rising rightist party Alternative for Germany will be disciplined but not expelled after having caused widespread alarm with a speech challenging the national atonement for the Holocaust and other Nazi crimes.

"German Party Won’t Expel Rightist Who Assailed Holocaust Apology" is from the January 23, 2017 World section of The New York Times. It was written by Alison Smale and narrated by Keith Sellon-Wright.