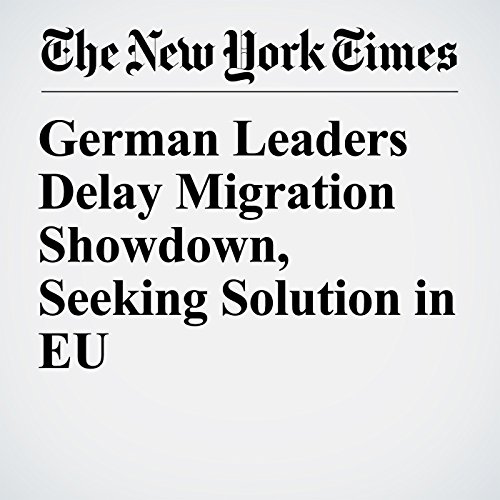 BERLIN — Angela Merkel and her rebellious interior minister agreed Monday to a two-week cease-fire in their standoff over migration in Germany, leaving the chancellor to scramble to make a deal with European allies on an issue that could topple her government.

"German Leaders Delay Migration Showdown, Seeking Solution in EU" is from the June 18, 2018 World section of The New York Times. It was written by Carlotta Gall and narrated by Kristi Burns.