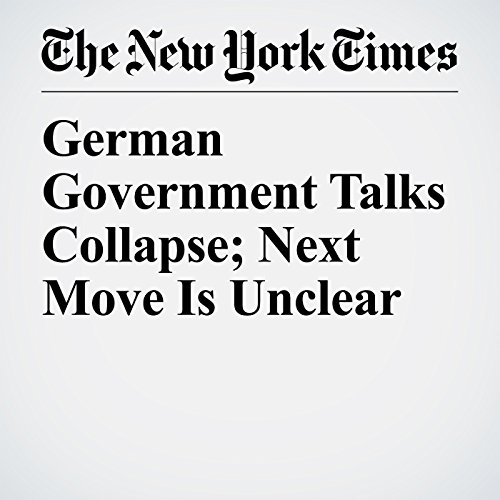 Chancellor Angela Merkel’s attempt to form a new German government collapsed Sunday as one of the four parties she was seeking to bind together walked out after hours of negotiations, citing irreconcilable differences and throwing open the question of what comes next.

"German Government Talks Collapse; Next Move Is Unclear" is from the November 19, 2017 World section of The New York Times. It was written by Melissa Eddy and narrated by Kristi Burns.