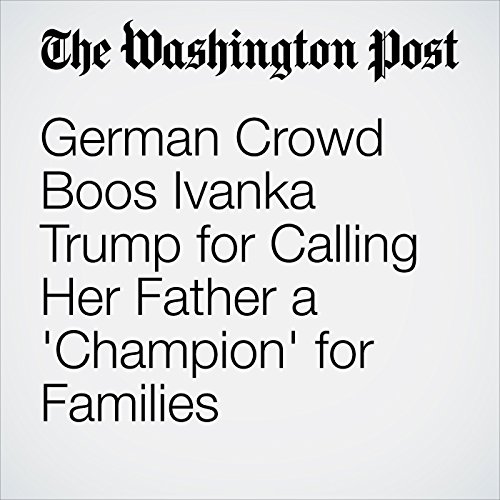 A German crowd booed Ivanka Trump on Tuesday after she called her father a “a tremendous champion of supporting families.”

"German Crowd Boos Ivanka Trump for Calling Her Father a 'Champion' for Families" is from the April 25, 2017 Politics section of The Washington Post. It was written by Danielle Paquette and narrated by Sam Scholl.