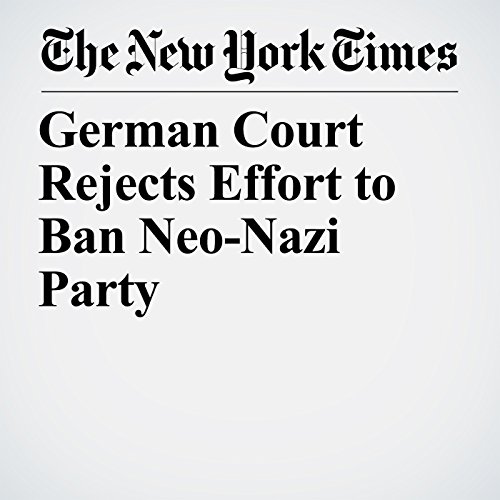 Germany’s highest court rejected on Tuesday an attempt to ban the National Democratic Party, the country’s oldest far-right political organization, finding that it did not pose a danger to democracy even though its principles violate the constitution.

"German Court Rejects Effort to Ban Neo-Nazi Party" is from the January 17, 2017 World section of The New York Times. It was written by Melissa Eddy and narrated by Keith Sellon-Wright.