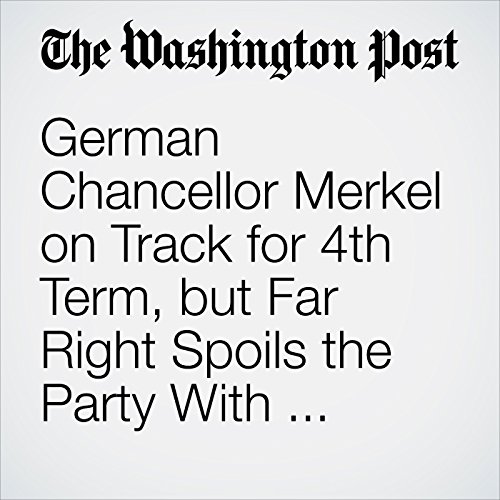 German Chancellor Angela Merkel was on course to claim a fourth term in office Sunday even as the far right spoiled her victory party, surging into Parliament for the first time in more than half a century, according to projected results released by German broadcasters Sunday after a nationwide vote.

"German Chancellor Merkel on Track for 4th Term, but Far Right Spoils the Party With Surge into Third, Projections Show" is from the September 24, 2017 World section of The Washington Post. It was written by Griff Witte and narrated by Sam Scholl.