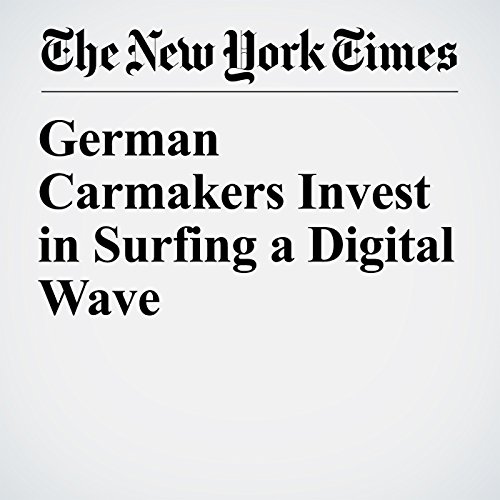 Autonomous driving, electric cars and ride-hailing apps from Silicon Valley, like Uber, are reshaping transportation. Young people no longer feel as compelled as previous generations to own cars. And Wall Street shows scant respect for automakers and their global manufacturing prowess: The market value of Google, which is building a driverless car, is more than double that of BMW, Daimler and Volkswagen combined.

"German Carmakers Invest in Surfing a Digital Wave" is from the February 07, 2017 Financial section of The New York Times. It was written by Jack Ewing and Mark Scott and narrated by Kristi Burns.