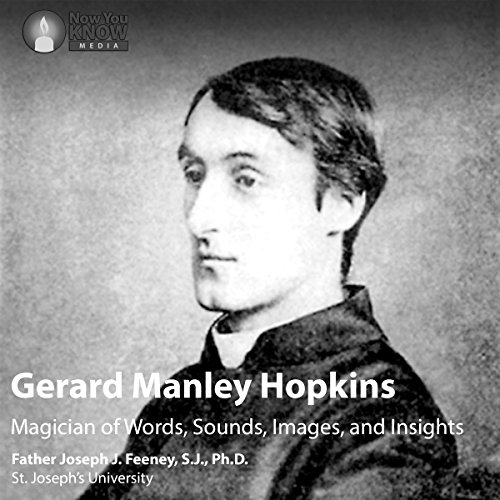 In this course, you will come to cherish the timeless poetry of Gerard Manley Hopkins.

Gerard Manley Hopkins is undoubtedly one of the greatest poets in the English language. Under the influence of Cardinal John Henry Newman, Hopkins became a Jesuit priest. Now celebrated as a masterful poet, he inspires people throughout the world with his words and example.

Hopkins was not only a brilliant poet but also a deeply spiritual man whose works explored religious themes such as Jesuit spirituality and the presence of God in nature. Under the guidance of Fr. Joseph J. Feeney, SJ, one of the world's leading Hopkins experts, you will come to experience the wonders of Hopkins' work and the genius of his poetry.

You will follow Hopkins' life (1844-1889) from his upbringing in London and education at Oxford to his travels as a Jesuit throughout England, Wales, Ireland, and Scotland. You will study how his poetry progressed, beginning with the traditional poetry of his youth and culminating with his masterpiece, "The Wreck of the Deutschland," which is rightfully regarded as one of the greatest odes in the English language.

Fr. Feeney's presentations of these poems are lively, passionate, and informative. You will listen to each poem aloud before studying the structures, themes, and rhythms of his sonnets and lyric poems. In exploring Gerard Manley Hopkins - the person, the priest, and the poet - you will come to see the grandeur of God fully alive.