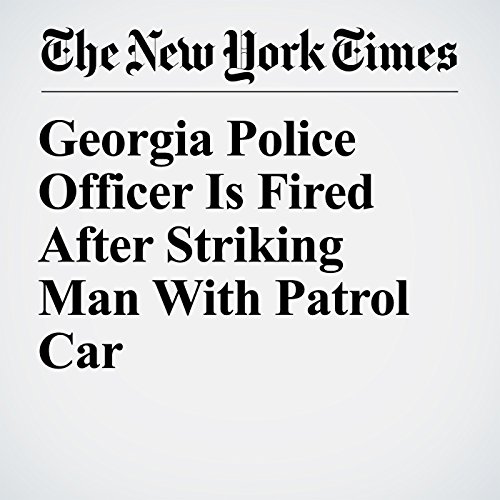 A rookie police officer in Georgia was swiftly fired over the weekend after body camera video showed him striking a man with his patrol car during a pursuit.

"Georgia Police Officer Is Fired After Striking Man With Patrol Car" is from the June 04, 2018 U.S. section of The New York Times. It was written by Matt Stevens and narrated by Kristi Burns.