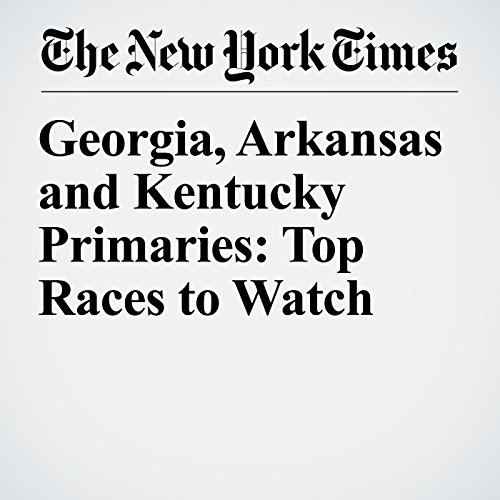 The race for the open governor’s seat in Georgia, a battle with implications for health care, gun control and other contentious issues, leads a slate of three primaries Tuesday. Gov. Nathan Deal, a Republican, has reached his term limit, and Georgia Democrats are hoping the same political climate that has buoyed them in special elections will propel them in a state where they have not won the governorship in two decades.

"Georgia, Arkansas and Kentucky Primaries: Top Races to Watch" is from the May 22, 2018 U.S. section of The New York Times. It was written by Maggie Astor and Jonathan Martin and narrated by Keith Sellon-Wright.