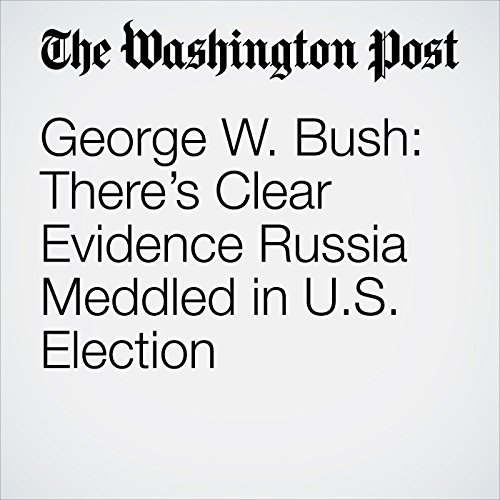 Former president George W. Bush said he believes Russia meddled in the 2016 U.S. presidential election, departing from President Trump, who has been skeptical of intelligence agencies’ findings that the Kremlin had interfered to help him win.

"George W. Bush: There’s Clear Evidence Russia Meddled in U.S. Election" is from the February 08, 2018 Politics section of The Washington Post. It was written by Kristine Phillips and narrated by Sam Scholl.