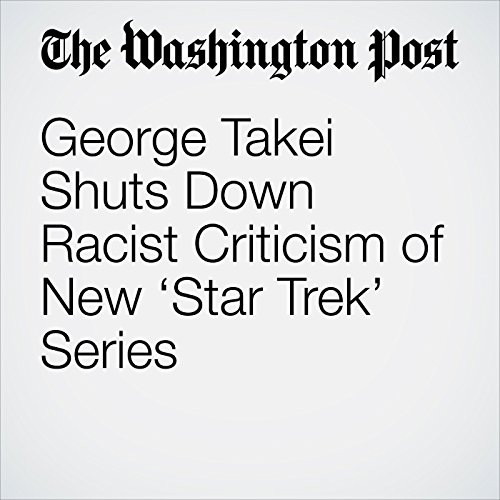 "George Takei Shuts Down Racist Criticism of New ‘Star Trek’ Series" is from the May 29, 2017 Arts and Entertainment section of The Washington Post. It was written by Avi Selk and narrated by Sam Scholl.