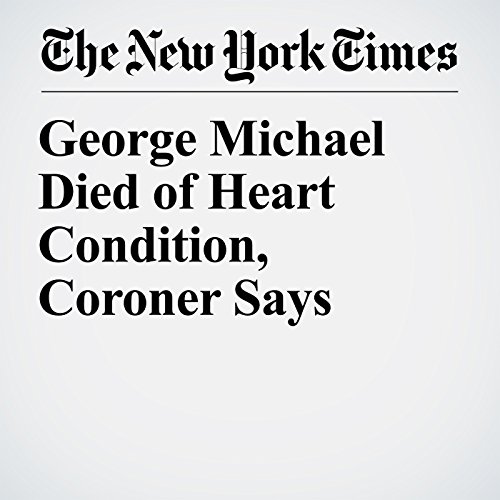 George Michael, the English singer-songwriter who became a pop legend in the 1980s and ‘90s and who was found dead on Christmas Day, died of a heart condition, according to a coroner’s statement released on Tuesday.

"George Michael Died of Heart Condition, Coroner Says" is from the March 07, 2017 Arts section of The New York Times. It was written by Christopher D. Shea and narrated by Fleet Cooper.