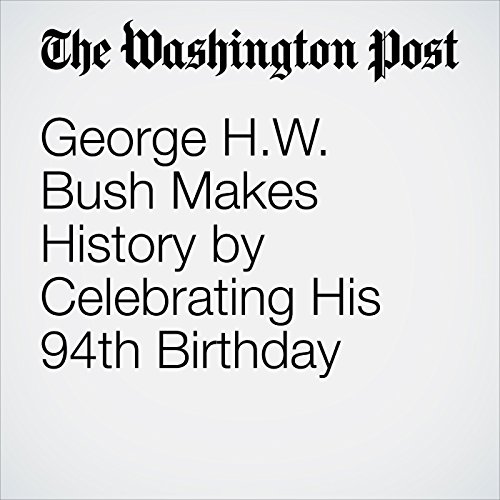 After Barbara Bush died in April, there were fears that her husband, former president George H.W. Bush, might die, too. He was hospitalized with a blood infection the day after Barbara’s funeral.

"George H.W. Bush Makes History by Celebrating His 94th Birthday" is from the June 12, 2018 National section of The Washington Post. It was written by Rachel Siegel and narrated by Sam Scholl.