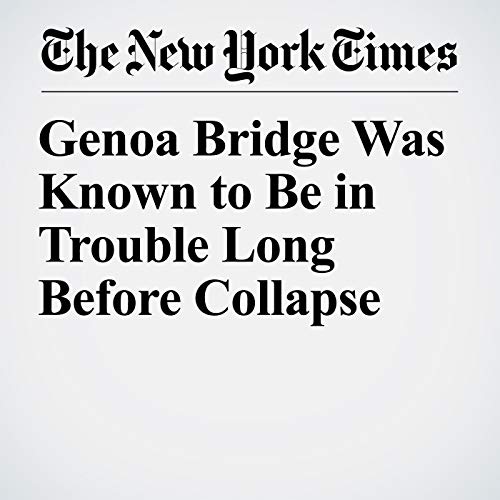 GENOA, Italy — Long before the bridge collapse that killed at least 39 people in Genoa on Tuesday, experts raised the alarm that the structure was deteriorating and possibly dangerous — warnings that, after the catastrophe, quickly led to a round of demands to determine who was to blame.

"Genoa Bridge Was Known to Be in Trouble Long Before Collapse" is from the August 15, 2018 World section of The New York Times. It was written by Gaia Pianigiani, Elisabetta Povoledo and Richard Pérez Peña and narrated by Kristi Burns.