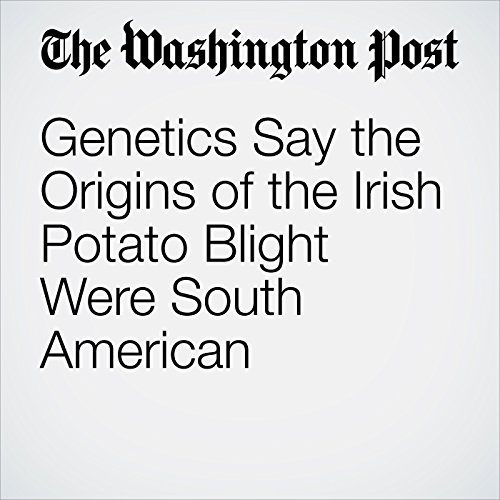 Until now, the origin of the fungus-like blight that devastated potato crops in Ireland and throughout Europe had not been pinned down.

"Genetics Say the Origins of the Irish Potato Blight Were South American" is from the January 07, 2017 Health & Science section of The Washington Post. It was written by Stephanie Pappas and narrated by Jill Melancon.