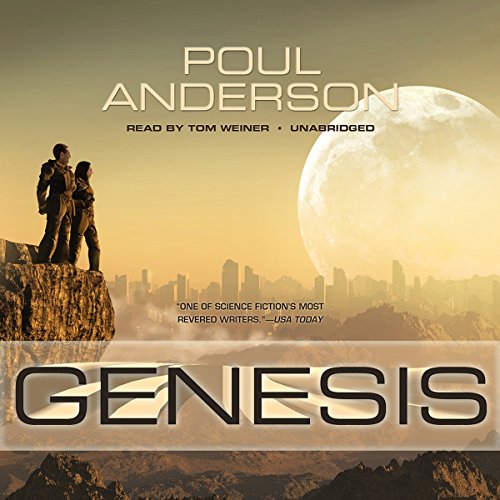 Artificial intelligence has been developed to a point where human intelligence can be uploaded into a computer, achieving a sort of hybrid immortality. Astronaut Christian Brannock welcomes this technology, technology that will make it possible for him to achieve his dream and explore the stars.

A billion years later, Brannock is dispatched to Earth to check on some strange anomalies. While there, he meets Laurinda Ashcroft, another hybrid upload. Brannock and Laurinda join forces and investigate Gaia, the supermind dominating the planet, and learn the truth of her terrifying, secret plans for Earth.

This story is so...disjointed. It feels like a book meant to be read. Listening to it probably does not have the same effect.

why did buy this. not a bad state it got bad as it went.

Could not finish it...

Characters seemed too pompous...not an enjoyable read....did not like the narrators voice for the female character... This narrator did an excellent job in the Draco Tavern by Larry Niven.