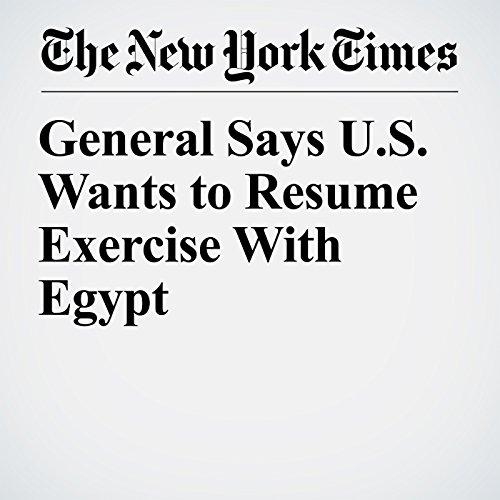 The top commander of U.S. military operations in the Middle East said during a visit here on Sunday that the United States wanted to resume a major military exercise with Egypt that President Barack Obama canceled in 2013 to protest the killings of hundreds of civilian protesters.

"General Says U.S. Wants to Resume Exercise With Egypt" is from the February 26, 2017 World section of The New York Times. It was written by Michael R. Gordon and Declan Walsh and narrated by Kristi Burns.