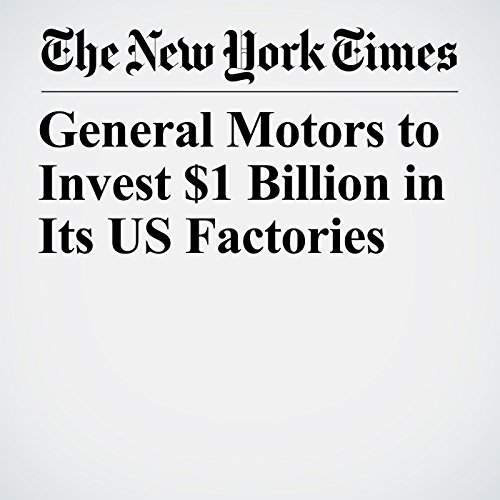 General Motors said Tuesday that it would invest $1 billion in its U.S. factories tied to 1,500 jobs, becoming the latest automaker to respond to President-elect Donald Trump’s call to bolster manufacturing in the United States.

"General Motors to Invest $1 Billion in Its US Factories" is from the January 17, 2017 Business section of The New York Times. It was written by Bill Vlasic and narrated by Fleet Cooper.