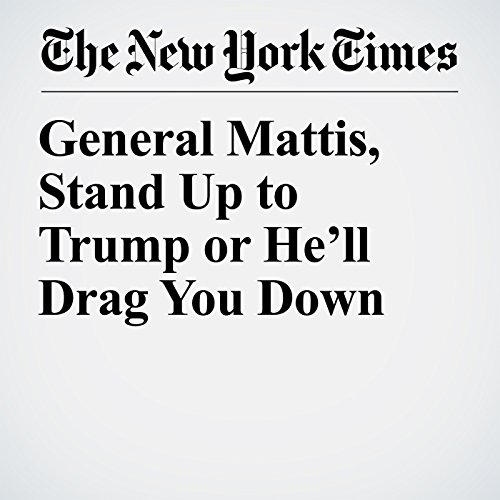 And then there was one.In March, I wrote a column in the form of a memo to Secretary of Defense James Mattis, National Security Adviser H.R. McMaster, then-Secretary of Homeland Security John Kelly, CIA Director Mike Pompeo and Secretary of State Rex Tillerson.

"General Mattis, Stand Up to Trump or He’ll Drag You Down" is from the October 24, 2017 Opinion section of The New York Times. It was written by Thomas L. Friedman and narrated by Kristi Burns.

Cosa pensano gli ascoltatori di General Mattis, Stand Up to Trump or He’ll Drag You Down