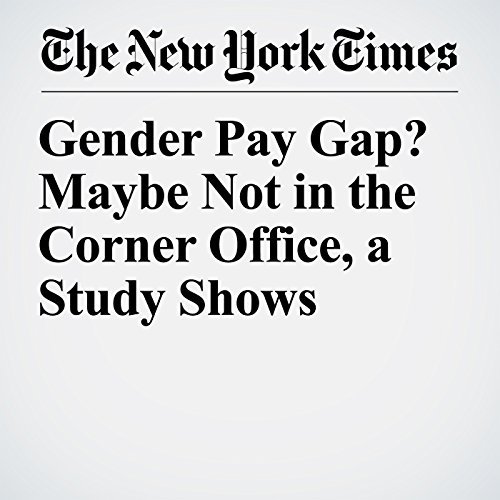 The pay gap between men and women has rightly become an important topic of conversation in offices and boardrooms across the country. Despite the efforts of some companies to address the disparity, women last year earned 82 percent of what men earned, according to a Pew Research Center report. The subject was the focus of a “60 Minutes” segment on Sunday night.

"Gender Pay Gap? Maybe Not in the Corner Office, a Study Shows" is from the April 23, 2018 Business section of The New York Times. It was written by Andrew Ross Sorkin and narrated by Keith Sellon-Wright.