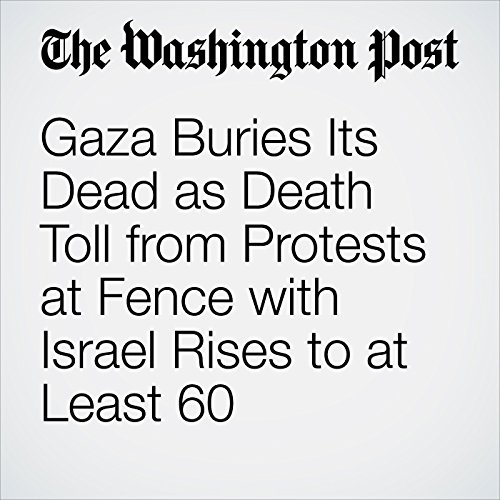 GAZA CITY — Gaza residents buried their dead Tuesday as the death toll of Palestinians killed by Israeli forces at the Gaza boundary fence climbed to at least 60 after several succumbed to injuries overnight, according to local health officials.

"Gaza Buries Its Dead as Death Toll from Protests at Fence with Israel Rises to at Least 60" is from the May 15, 2018 World section of The Washington Post. It was written by Loveday Morris and Ruth Eglash and narrated by Sam Scholl.