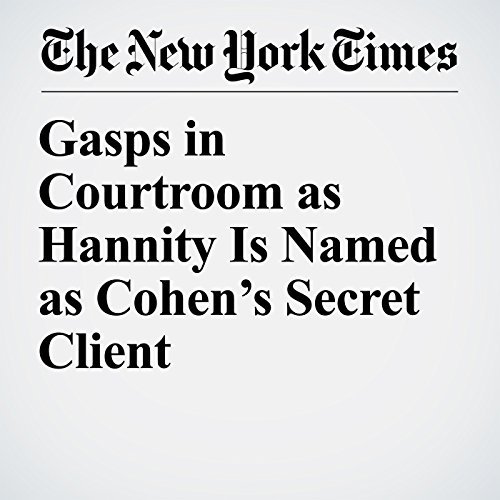 From his Fox News pulpit, Sean Hannity has been one of the most ardent supporters of President Donald Trump, cheering his agenda and excoriating his enemies.

"Gasps in Courtroom as Hannity Is Named as Cohen’s Secret Client" is from the April 16, 2018 U.S. section of The New York Times. It was written by Alan Feuer, Michael M. Grynbaum, John Koblin and narrated by Keith Sellon-Wright.