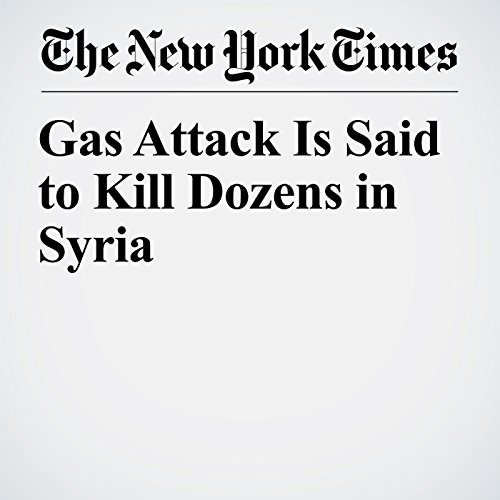 The deadliest chemical weapons attack in years in Syria killed dozens of people in northern Idlib province on Tuesday morning, including women and children, and sickened scores more, according to medics, rescuers and witnesses in the rebel-held province, who said the gas had been delivered by a government airstrike.

"Gas Attack Is Said to Kill Dozens in Syria" is from the April 04, 2017 World section of The New York Times. It was written by Anne Barnard and narrated by Keith Sellon-Wright.