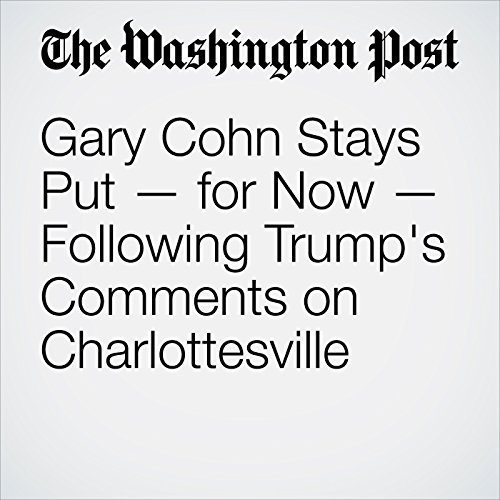 The White House on Thursday took the unusual step of saying that National Economic Council Director Gary Cohn would not resign, trying to contain the fallout from President Trump’s controversial comments about the deadly riot in Charlottesville over the weekend and his assertion that “very fine people” were protesting alongside neo-Nazis.

"Gary Cohn Stays Put — for Now — Following Trump's Comments on Charlottesville" is from the August 17, 2017 Business section of The Washington Post. It was written by Damian Paletta and Renae Merle and narrated by Jenny Hoops.