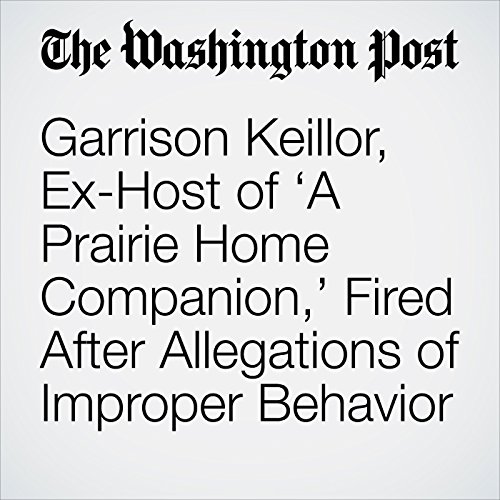 Garrison Keillor, who hosted the popular radio show “A Prairie Home Companion” for decades until his retirement last year, has been fired from Minnesota Public Radio after allegations of “inappropriate behavior,” MPR confirmed in a statement Wednesday.

"Garrison Keillor, Ex-Host of ‘A Prairie Home Companion,’ Fired After Allegations of Improper Behavior" is from the November 29, 2017 Lifestyle section of The Washington Post. It was written by Abby Ohlheiser and narrated by Sam Scholl.