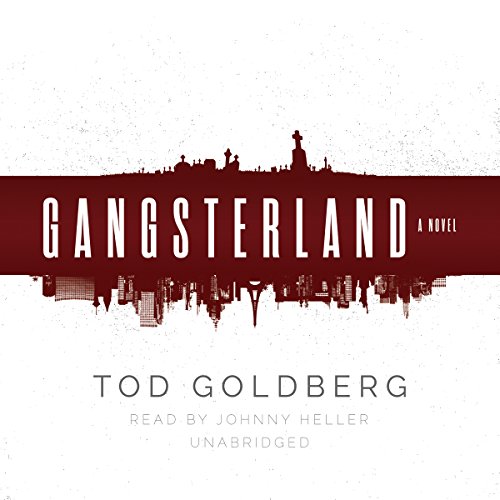 Sal Cupertine is a legendary hit man for the Chicago Mafia, known for his ability to get in and out of a crime without a trace. Until now, that is. His first-ever mistake forces Sal to botch an assassination, killing three undercover FBI agents in the process. This puts too much heat on Sal, and he knows this botched job will be his death sentence to the Mafia. So he agrees to their radical idea to save his own skin.

A few surgeries and some intensive training later, and Sal Cupertine is gone, having disappeared into the identity of Rabbi David Cohen. Leading his growing congregation in Las Vegas, overseeing the population and the temple and the new cemetery, Rabbi Cohen feels his wicked past slipping away from him, surprising even himself as he spouts quotes from the Torah. But the Mafia isn't quite done with him. Soon the new cemetery is being used as both a money- and body-laundering scheme for the Chicago family. And that rogue FBI agent on his trail, seeking vengeance for the murder of his three fellow agents, isn't going to let Salfade so easily into the desert.

Gangsterlandis the wickedly dark and funny new novel by a writer at the height of his power--a morality tale set in a desert landscape as ruthless and barren as those who inhabit it.

Usually not into these kind of things

I'm usually not a big fan of thrillers and murder mysteries but this was an interesting read. Combining worlds which clash together as hard as the mafia and Orthodox Judaism is promising and I feel Goldberg delivered. After listening to the book the whole morning I almost ordered a salad with the threatening coldness of Sal. I simply forgot that I don't live in a world of gangsters.

Goombah Goes to Vegas and Becomes Tony with Torah

I really liked this easy-to-listen crime novel with its dryly witty, yet dark, plot I'd sum up as:

Great Lakes Goombah Guns Down 4 G-men, Goes to Vegas, and Turns into a Tony with a Torah.

Rabbi David Cohen (aka Sal Cupertino, a 35-year-old shadowy hitman with a bad plastic surgery job) appears to go through a existential crisis-lite as he misses his wife and young son and considers the Torah that he's basically committed to memory (his mob nickname was "Rain Man"), but maintains his killer karma. While Mr. Goldberg has fun playing with the interplay among Italian mobsters, a hitman's rabbinical conversion and perhaps a reptilian shedding of the Jewish skin, he doesn't glamorize gangsters, the mob lifestyle, Jews or G-men. The novel maintains a diabolical darkness in 1990's Las Vegas despite the comedic diversions.

I'd not heard of Tod Goldberg before seeing the good reviews for this book, but he really seems to have hit his mark. I'll be looking forward to his next book.

If you loved "The Sopranos" and "Bugsy," you should revel in "Gangsterland."

My only complaint is the narration. I hate it when a narrator botches an easily recognizable, nearly household name, like Brett Favre (as Fave-ruh), a Hall of Fame QB, in an important part of the story, and then repeatedly mispronounces it. Of course, the Producer is just as much at fault for not correcting this.

I'll be honest and say I bought this thinking it was a non-fiction mafia story, but quickly realized it was a novel. I'm not usually up for fiction, but this is so well written and the narration so spot on that I could not shut it off. I married into a Jewish family and as that angle came into play in the story it was really inventive and comical at times. Ended up burning through this one and the sequel as well. Totally worth it.

This book would make a great Coen Brothers movie. Dark and very entertaining. The narrator was great too.

Very enjoyable listen. The plot is unique and well developed. Characters are engaging, scene descriptions and dialog riveting. The performance is spectacular. Highly recommend this book

I was pleasantly surprised how the story unfolded. Unlike some crime novels, this story came from a complete different angle.

Well crafted story with attention to detail yet still suspenseful and entertaining. The performance was easy to listen to and the dialects sound authentic

a great story line the ending was a surprise. The story was well developed

The storyline is excellent. Some minor errors on minor things. "he said, she said", works every 4th time. Find an editor. Don't be a schmuck.

I liked the original approach. Fun read, nice flow. Made my fence painting go by quickly!

Rather ridiculous story well read but hard to know if it’s ironical, humorous or worth the time