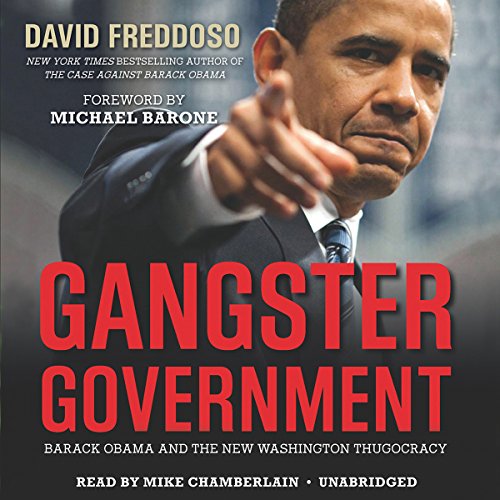 Bribery… coercion… intimidation. Sounds like a movie review of The Godfather, but unfortunately we’re talking about your federal government. So says best-selling author David Freddoso. In his new book, Gangster Government: Barack Obama and the New Washington Thugocracy, Freddoso exposes how the Obama administration bears a closer resemblance to the mob than to a government of the people, by the people, and for the people. Laying bare the backdoor deals, threats, and pay-to-play schemes Obama uses to push his policies on unsuspecting voters, Gangster Government proves that Obama is more concerned with protecting his friends and punishing his enemies than doing right by the American public.

In this shocking new book, Freddoso reveals: who really benefited from the auto industry bailout and the stimulus package (it wasn’t the car companies or the American people); how Obama and his EPA cronies are setting up a protection racket to control fossil fuels; why trial lawyers will benefit from Obamacare more than anyone else; and much more.

Controversial and compelling, Gangster Government reveals an administration that is so corrupt, it would make Al Capone blush.

Every American needs to understand this book!

Corruption is a serious felony, political corruption is a total disaster. Asis reported in this book. DNC = Democratic National Crime-Scene.