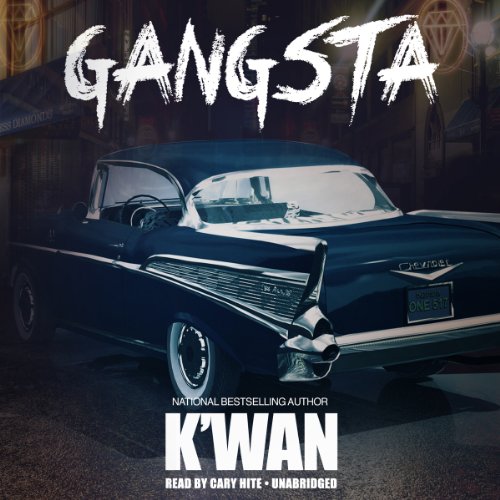 For years Lou-Loc, an efficient assassin and OG of the Crip organization, did dirt. After dancing on the razor's edge, he has become weary of the street life that has consumed him during his service to his set and begins to wonder if there's a better way to make a living.

Lou-Loc and his sociopath counterpart, Gutter, leave Los Angeles for the colorful streets of New York, where Lou-Loc has dreams of becoming a writer, Gutter a kingpin.

Conflicting, intriguing, and suspenseful, this novel will keep you on the edge of your seat - once you start it, you won't stop.

first thing first. I already knew St. Louis was going to die. Because the people who already read this book said he died. I just didn't know how he died. heck I was angry as a granny catching her husband f#kin the mail lady. I'm reading this book like I already know he's going to died. heck why can't they just let Lou-Loc live I really liked him. and I think Satin actually change him more. plus I was so freaking happy when Martina got what she deserve lord knows I couldn't stand that grimy heifer. No good stanky thing lmao. and Sisqo got what he deserved to thank the LORD!!!

I did not read K'wan Novels in chronological order so after the Animal series and black lotus this was a let down. if I had read this first I may not have read the others, which were great.

Very good book. Storyline included a nice segment on love despite the level of street violence throughout the book. The tension and suspend kept building up. Carry Hite does a nice job narrating Welll worth the read!

Anything K'wan writes is sure to keep my attention from start to finish. This book really demonstrated the meaning of true friendship and loyalty while keeping it GANGSTA!!!!

Gritty and so Good

K'wan has amazing storytelling abilities. I can't wait to listen to Gutter. Book is recommended.

Where does Gangsta rank among all the audiobooks you’ve listened to so far?

It would rank somewhere in the middle.

I always love when a book has rounded, well developed, relatable characters. This book had likeable characters that you don't always agree with. Also, the ending was a bit unpredictable.

There were some supernatural elements that were not explained. I wish they would have gone into detail and explained what was going on. I am looking forward to the next book.

OK.... But not as good as the Animal Series

The storyline did not flow as well as most of Kwan's other books. Started off slow and dry.

Not so sure why this book ended the way it did, but still I loved it!

Where does Gangsta rank among all the audiobooks you’ve listened to so far?

In the top twenty.

These guys were bout it, bout it. Street thugs that you can identify with.

I like how Louis gathered the soldiers to avenge Gutter.

Who was the most memorable character of Gangsta and why?

Lou-loc a thug leader true to the game.