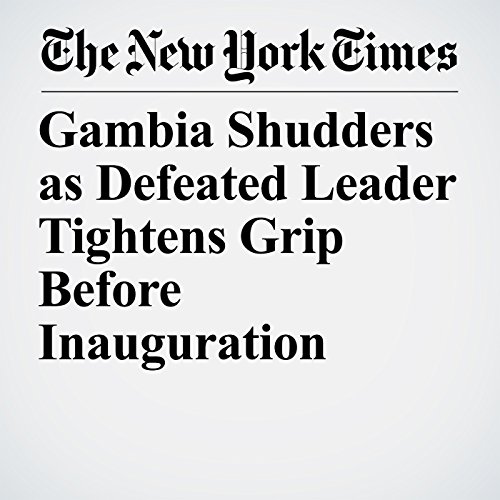 Jammeh, who has long been criticized for human rights abuses and grandiose claims like being able to cure AIDS with little more than prayer and a banana, has insisted on a do-over election. He declared a state of emergency on Tuesday, warning the nation not to engage in any “acts of disobedience.”

"Gambia Shudders as Defeated Leader Tightens Grip Before Inauguration" is from the January 18, 2017 World section of The New York Times. It was written by Jaime Yaya Barry and Dionne Searcey and narrated by Keith Sellon-Wright.