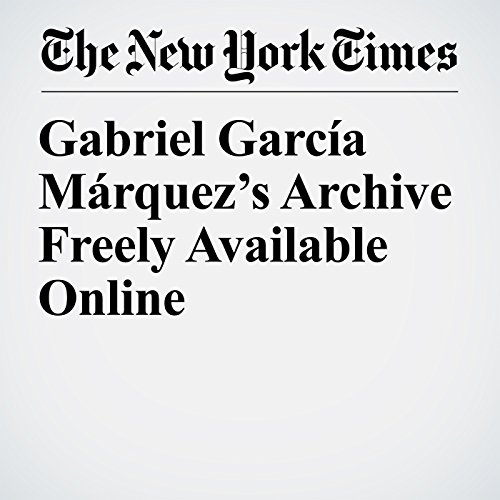 When Gabriel Garcia Marquez's archive was sold to the University of Texas two years ago, some decried the fact that the literary remains of Latin America’s foremost novelist — and a fierce critic of American imperialism — had come to rest in the United States. But now, the university’s Harry Ransom Center has digitized and made freely available about half the collection, making some 27,000 page scans and other images visible to anyone in the world with an internet connection.

"Gabriel Garcia Marquez's Archive Freely Available Online" is from the December 11, 2017 Entertainment section of The New York Times. It was written by Jennifer Schuessler and narrated by Kristi Burns.