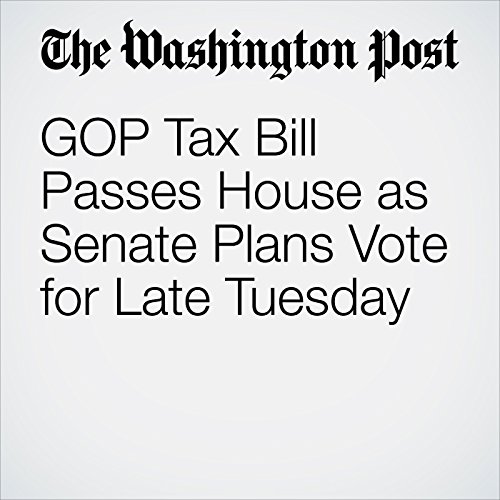 The House of Representatives passed Republicans’ sweeping tax overhaul on Tuesday, sending the plan to the Senate and setting the stage for the bill to be signed by President Trump as early as this week.

"GOP Tax Bill Passes House as Senate Plans Vote for Late Tuesday" is from the December 19, 2017 Business section of The Washington Post. It was written by Jeff Stein and narrated by Sam Scholl.