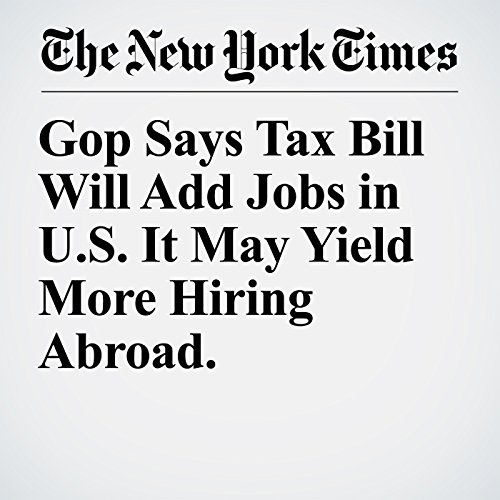 In Indiana, Missouri and Pennsylvania, President Donald Trump used the same promise to sell the tax bill: It would bring jobs streaming back to struggling cities and towns.

"Gop Says Tax Bill Will Add Jobs in U.S. It May Yield More Hiring Abroad." is from the January 08, 2018 Business section of The New York Times. It was written by Natalie Kitroeff and narrated by Keith Sellon-Wright.