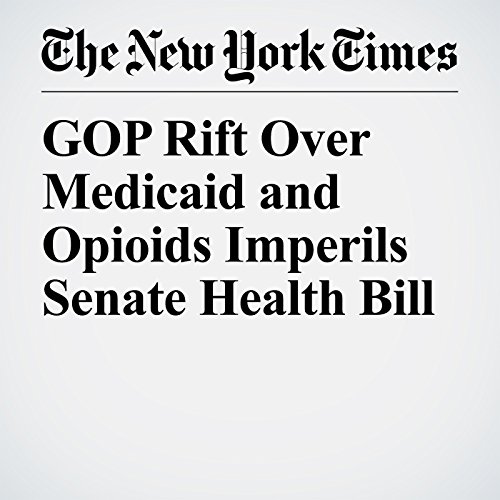 A growing rift between Senate Republicans over federal spending on Medicaid and the opioid epidemic is imperiling legislation to repeal the Affordable Care Act that Senate leaders are trying to put to a vote by the end of next week.

"GOP Rift Over Medicaid and Opioids Imperils Senate Health Bill" is from the June 20, 2017 U.S. section of The New York Times. It was written by Robert Pear and Jennifer Steinhauer and narrated by Keith Sellon-Wright.