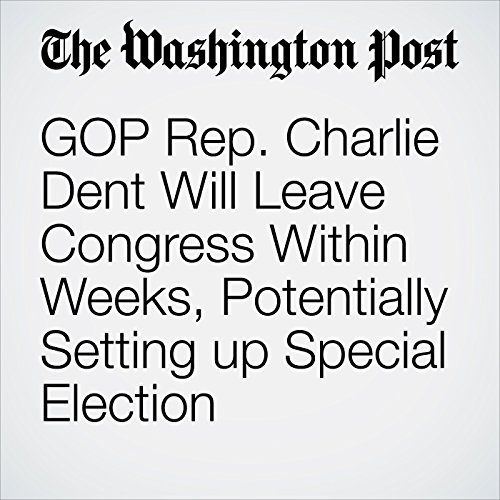 Rep. Charlie Dent (Pa.), a frequent critic of President Trump and a leader of the GOP’s moderate bloc in the House, said Tuesday that he will resign from Congress within weeks. His decision could set up a costly special election if the Democratic governor of Pennsylvania orders one.

"GOP Rep. Charlie Dent Will Leave Congress Within Weeks, Potentially Setting up Special Election" is from the April 17, 2018 Politics section of The Washington Post. It was written by Mike DeBonis, David Weigel and narrated by Sam Scholl.