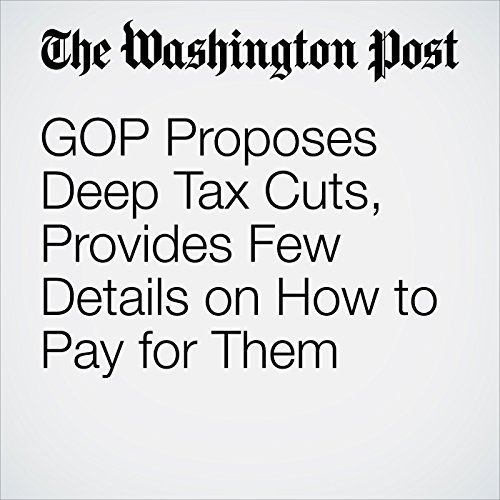 Republican leaders on Wednesday proposed slashing tax rates for the wealthy, middle class and businesses, while also preserving popular tax deductions that encourage buying homes and giving to charity, according to a 9-page framework they hope will eventually unify the party behind a proposal to revamp the U.S. tax code.

"GOP Proposes Deep Tax Cuts, Provides Few Details on How to Pay for Them" is from the September 27, 2017 Business section of The Washington Post. It was written by Damian Paletta and Mike DeBonis and narrated by Sam Scholl.