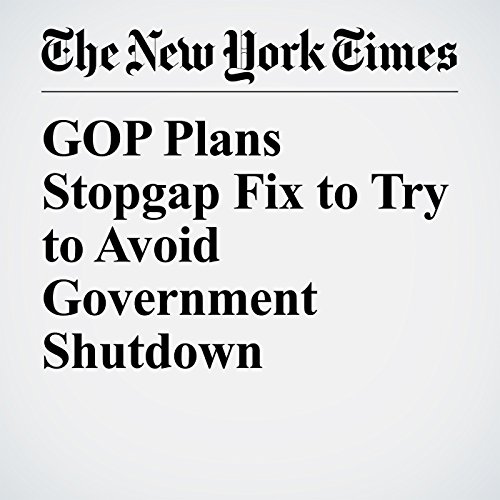 Republicans are moving toward passing a two-week stopgap measure to avoid a looming government shutdown, but the path in the coming weeks is treacherous, with obstacles on both sides of the aisle as lawmakers push their own priorities, some unrelated to government spending.

"GOP Plans Stopgap Fix to Try to Avoid Government Shutdown" is from the December 03, 2017 U.S. section of The New York Times. It was written by Thomas Kaplan and narrated by Keith Sellon-Wright.