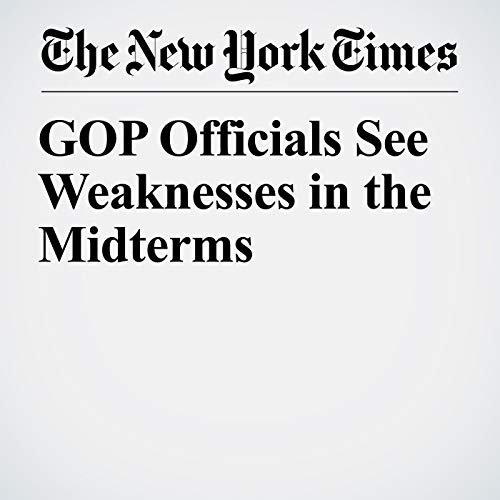 NEW YORK — A pair of top Republicans acknowledged in a private meeting Saturday that the party was battling serious vulnerabilities in the midterm elections, including what one described as widespread “hate” for President Donald Trump, and raised the prospect that Sen. Ted Cruz of Texas could lose his bid for re-election because he is not seen as “likable” enough.

"GOP Officials See Weaknesses in the Midterms" is from the September 08, 2018 U.S. section of The New York Times. It was written by Alexander Burns and Kenneth P. Vogel and narrated by Kristi Burns.