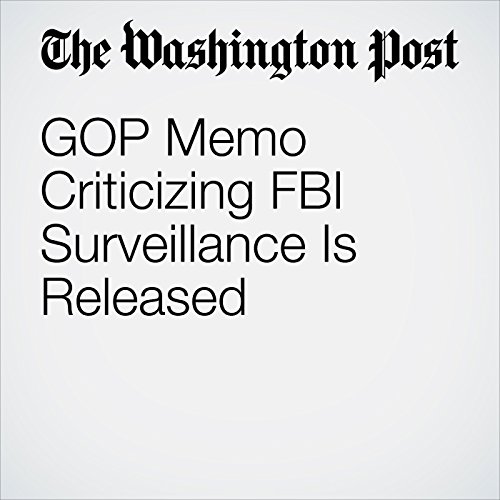 President Trump authorized the release Friday of a GOP memo alleging surveillance abuses by the FBI, intensifying a fight between the White House and Republican lawmakers, on one side, and the nation’s top law enforcement agency over claims that the FBI hid the political motivations of a key figure supplying it information in the case.

"GOP Memo Criticizing FBI Surveillance Is Released" is from the February 02, 2018 Politics section of The Washington Post. It was written by Devlin Barrett, Karoun Demirjian and Josh Dawsey and narrated by Jenny Hoops.