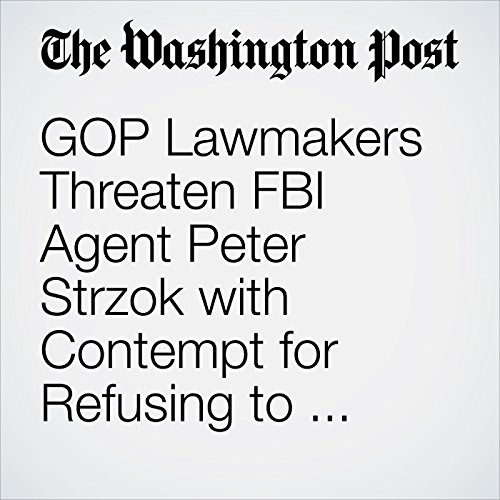 Republicans angrily sparred with FBI agent Peter Strzok from the very first question at a hearing Thursday over politically charged investigations, threatening him with a contempt citation amid heated and sometimes chaotic arguments over the ongoing probe of Russian interference in the 2016 election.

"GOP Lawmakers Threaten FBI Agent Peter Strzok with Contempt for Refusing to Answer Question on Mueller Probe" is from the July 12, 2018 National section of The Washington Post. It was written by Devlin Barrett and Karoun Demirjian and narrated by Sam Scholl.