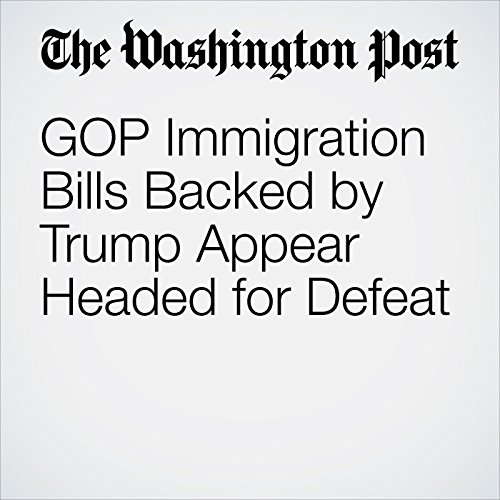 A pair of Republican-crafted bills on immigration appeared headed for defeat Thursday in the GOP-led House, despite backing by President Trump and haunting images of migrant children separated from their parents at the border.

"GOP Immigration Bills Backed by Trump Appear Headed for Defeat" is from the June 21, 2018 Politics section of The Washington Post. It was written by Mike DeBonis and John Wagner and narrated by Sam Scholl.