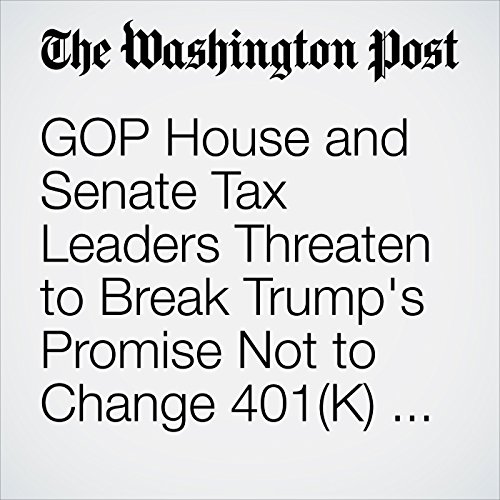 House Ways and Means Committee Chairman Kevin Brady (R) on Wednesday suggested that a tax bill he is preparing to introduce could force changes to 401(k) plans and other retirement accounts, potentially bucking a promise from President Trump that those accounts would be left alone.

"GOP House and Senate Tax Leaders Threaten to Break Trump's Promise Not to Change 401(K) Rules" is from the October 25, 2017 Business section of The Washington Post. It was written by Damian Paletta and Mike DeBonis and narrated by Sam Scholl.