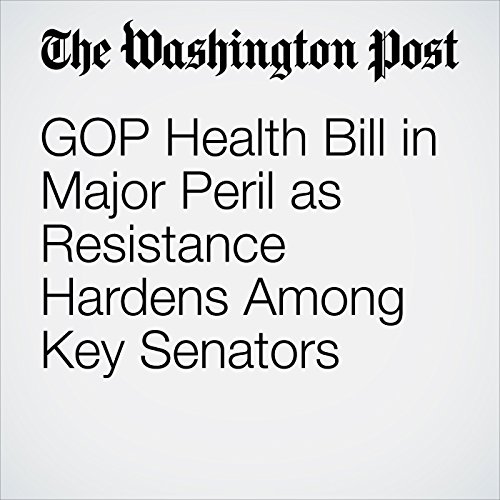 The floundering Republican attempt to undo the Affordable Care Act met hardening resistance from key GOP senators Sunday that left it on the verge of collapsing, even as advocates vowed to keep pushing for a vote this week.

"GOP Health Bill in Major Peril as Resistance Hardens Among Key Senators" is from the September 24, 2017 PowerPost section of The Washington Post. It was written by Sean Sullivan and Abby Phillip and narrated by Sam Scholl.