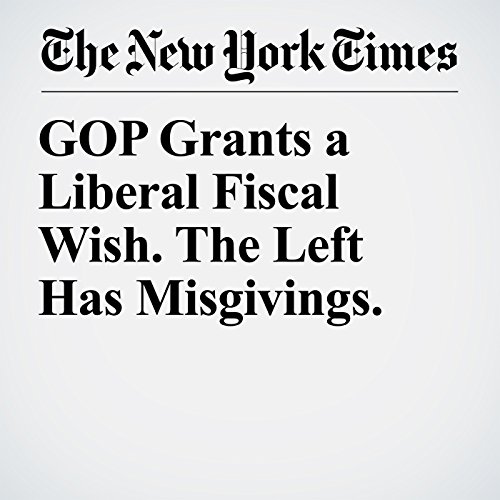 For years, many liberal economists have argued that a little more federal spending and a higher budget deficit would create a stronger economy.Now, they’re getting their wish, or at least a fun-house mirror version of it. All it took was total Republican control of the government.

"GOP Grants a Liberal Fiscal Wish. The Left Has Misgivings." is from the February 11, 2018 U.S. section of The New York Times. It was written by Neil Irwin and narrated by Keith Sellon-Wright.