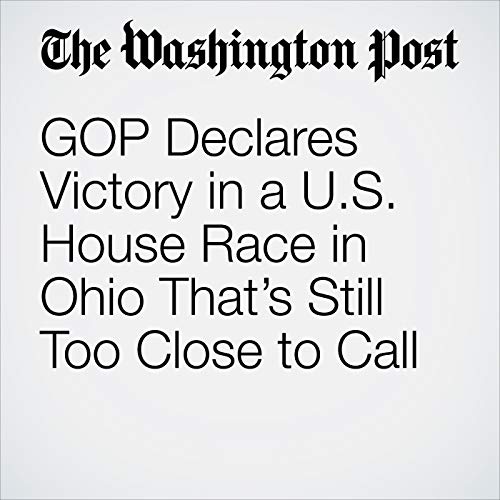 Republicans declared victory late Tuesday in a still-unresolved race for a solidly red congressional district in Ohio, a contest that exposed growing concern over the vulnerabilities in President Trump’s governing coalition.

"GOP Declares Victory in a U.S. House Race in Ohio That’s Still Too Close to Call" is from the August 08, 2018 Politics section of The Washington Post. It was written by Michael Scherer and narrated by Sam Scholl.