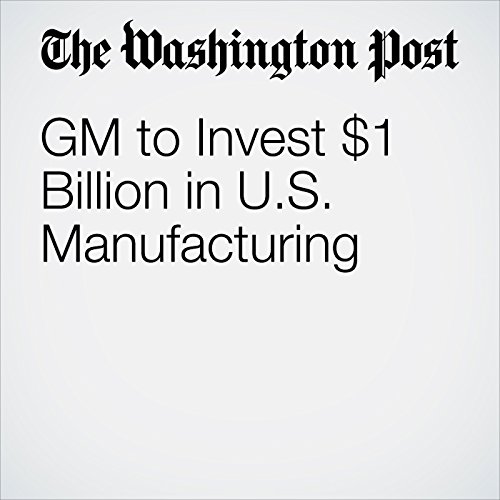 GM will spend $1 billion to expand vehicle production in the United States, an investment that will allow the company to add or keep 1,500 jobs, executives said Tuesday. It’s an announcement, years in the making, that comes as President-elect Donald Trump ratchets up pressure on automakers to build in the United States.

" GM to Invest $1 Billion in U.S. Manufacturing" is from the January 17, 2017 Tech section of The Washington Post. It was written by Steven Overly and narrated by Sam Scholl.