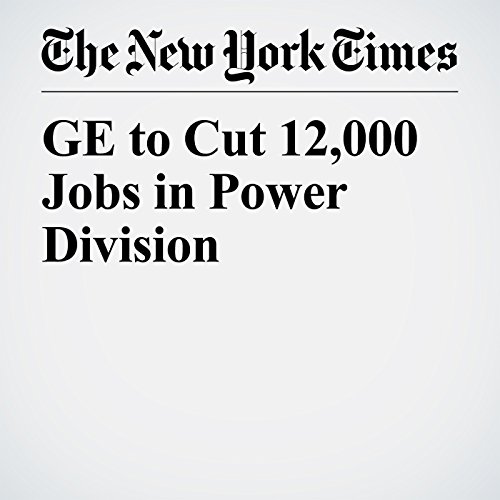 General Electric, the industrial conglomerate, said Thursday that it would cut 12,000 jobs in its power division worldwide, a bid to reduce costs as the company scales back the sprawling ambitions that characterized it for decades.

"GE to Cut 12,000 Jobs in Power Division" is from the December 07, 2017 Business section of The New York Times. It was written by Prashant S. Rao and narrated by Keith Sellon-Wright.