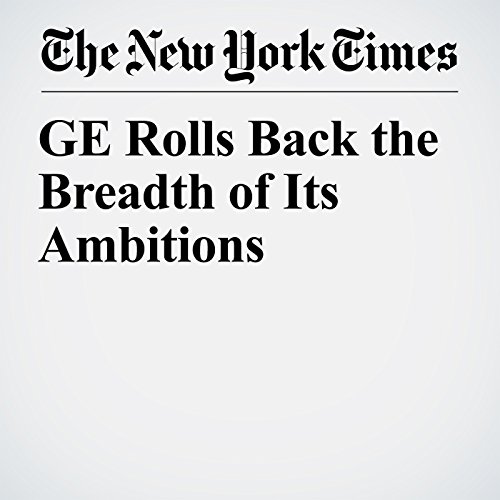 John Flannery, the new chief of General Electric, is backing away from the ambitious designs of his two predecessors, who steered the corporate giant and its conglomerate-style empire building for more than three decades. Flannery, who became chief executive in August, left no doubt on Monday that the conglomerate era is long gone. The new GE, he declared repeatedly in his first detailed presentation on its future, will be a smaller company with fewer businesses.

"GE Rolls Back the Breadth of Its Ambitions" is from the November 13, 2017 Business section of The New York Times. It was written by Steve Lohr and narrated by Barbara Benjamin-Creel.