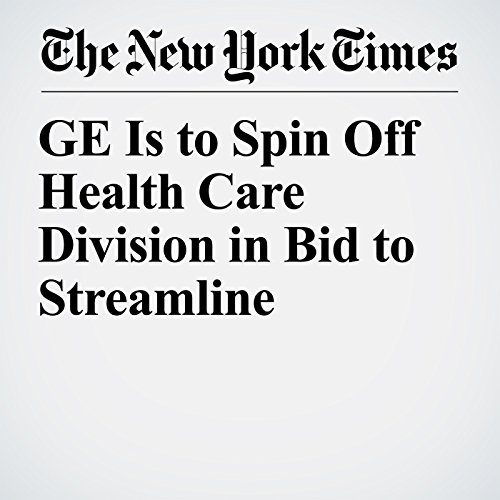 General Electric said Tuesday that it planned to spin off its enormous health care business and sell its multibillion-dollar stake in Baker Hughes, a major producer of oil field equipment, as part of a sweeping reshaping of the embattled industrial titan.

"GE Is to Spin Off Health Care Division in Bid to Streamline" is from the June 26, 2018 Business section of The New York Times. It was written by Michael J. De La Merced and narrated by Keith Sellon-Wright.